What’s the difference between honesty and integrity in sales? 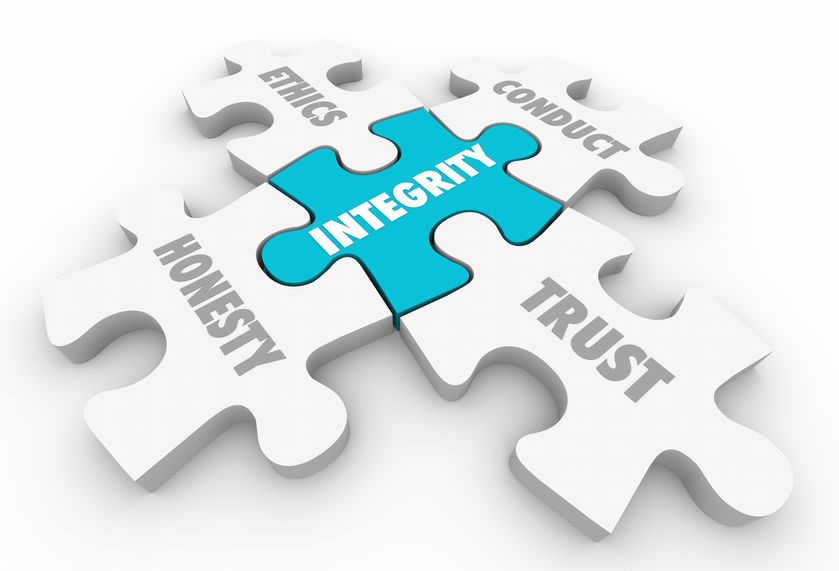 In the world of business– and beyond, on a personal level – the concepts of honesty and integrity are often viewed as similar, if not interchangeable. However, based on my successful 45-year business career, I believe there are some meaningful contrasts worth exploring.

But first, let’s explore the deeper meanings of both terms.

Honesty is defined as being free of deceit and being truthful or sincere. In terms of behavior, an honest person does not tell lies; he or she always speaks the whole truth. Dishonesty, of course, is the opposite of honesty; a dishonest person lies, cheats and deceives others. Considered to be a moral virtue in many religions and philosophies, honesty shapes a decision-making process for determining right and wrong, based on the truth.

However, the quality of honesty alone does not mean a person has integrity. For example, imagine you are delivering a new car to its buyer and mistakenly broke the car’s cupholder. If your boss asked you if you broke the cupholder and you answer yes, you are being honest. But what if no one asks you whether you were responsible, and you tell no one that you broke it. You are acting dishonestly. Your silence is a deception. A person with integrity will admit the truth and act honestly in both scenarios.

Integrity includes selecting an ethical code and acting according to these guidelines even when it is difficult or inconvenient to do so. Again, using the above example of the broken cupholder, if you are a person with integrity, you would admit your mistake.

In the final analysis, honesty and integrity are both crucial to ethical selling, but integrity embodies an even higher standard for conduct. However, I don’t recommend focusing on the finer nuances of these closely related words. Instead, I recommend that you act with integrity in business and engage in sales practices that display the highest level of character traits.

Share
Posted in General Business, Sales & Marketing and tagged business ethics questions, business with integrity, ethicsissmartbusiness, honesty in business, integrity in business, theethicsgiver
Scroll To Top
By clicking "Accept All", you agree to the storing of cookies on your device to enhance site navigation, analyze site usage, and assist in our marketing efforts. Find out more.